Seth Godin works around in explaining the value of marketing and bring about perspective the value that is seen in effective advertising practices. Seth in his book aims at meeting a new target audience that holds a very short attention span and cannot remember intricately developed advertisements.
The book addresses that in order to grab the attention of the end consumer, you would need to build a product that truly stands apart from the rest of the competition. As cliché as this sounds Seth has covered steps that can be pursued to create this distinction.
Namely you should not work around on developing a product aimed at everyone. Find the niche market and cater the same towards the same.
Continue the read to meet a few highlights that are seen within the book.
Idea # 1 Advertising has moved from rarity to supererogatory.
The world of advertising has shown a drastic shift from a once rare entity to the presenting itself in excess through all sources, channels and platforms. The user quite often need to pay the fee to remove advertising from their sources. Advertising has lost its woo to catch attention and is now only met by people who match the needs.
Idea # 2 You need to deliver a remarkable set of attributes in your product or service
If you are launching a new product into the market, you would need to look at those using the product and are unhappy with the current option. These would be the exact clientele who listen to your advertising. You need to make your product and service stand out like a Purple Cow in the mass of choices available to the customer
Idea # 3 Taking a calculated risk is better than no risk at all
The world is moving unto a direction where products that seem to boring are phasing out, the organization would need to formulate the right strategy to get its products and services to stand out in the midst of competition.

Idea # 4 Focus marketing on early and late majorities
An organization can divide its customer base into – innovators who want to try new things – early adopters who want to be first one’s to get their hands on a products – laggards who are reluctant to try anything new & finally the early and late majorities. The final set of target audience are the one’s who use a tried and tested product in the market. This would constitute the majority of an organization’s database. Ideally, marketing practices should be aimed at this target audience.
Final Words
Seth Godin emphasizes on the fact that there is no more room for “ordinary” products or services in the market anymore. An organization has to be either remarkable or they gradually expire. An effective target market would be those willing to try new things, and eagerly spread the word to others.
(Adapted Version of Seal Education Newsletter) 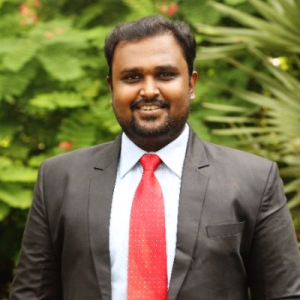 One thought on “Look Purple Cow!”